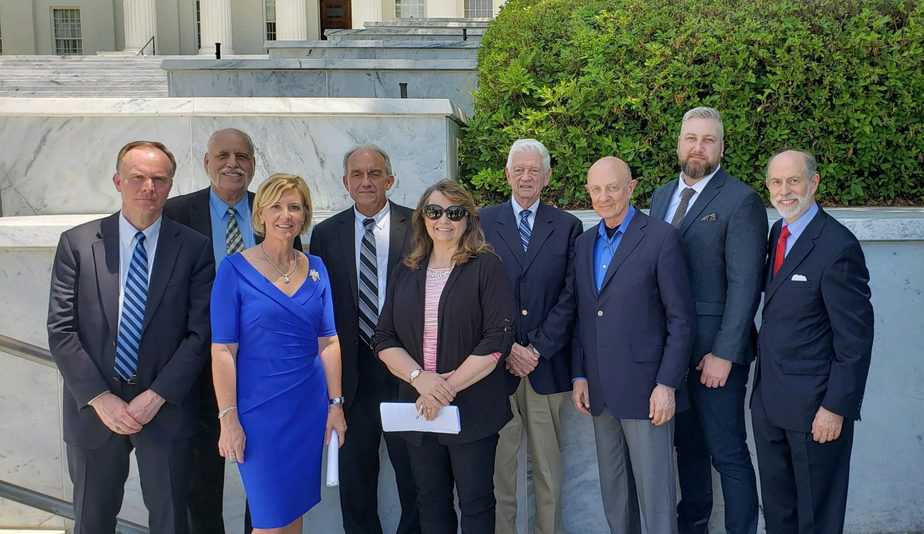 Members of the Secure the Grid Coalition work for the PUBLIC INTEREST, not the interest of any one industry or government agency.   This “Public Interest Pledge” is an important distinction when considering important national security matters that overlap with private industry, which naturally has its own “special interests.”

In the video below, Center for Security Policy Vice President Tommy Waller explains the difference between the “Public Interest” and “Special Interest” in the “science” surrounding the effects of electromagnetic pulse (EMP) on the nation’s bulk power electric system (the “grid”).

Immediately upon release of this report, members of the Secure the Grid Coalition convened a Press Conference on the steps of the Alabama Capitol in Montgomery, featuring a range of subject matter experts on Electromagnetic Pulse and EMP-Preparedness, National Security, Intelligence, as well as engineers and other private sector leaders with experience in the operation, regulation, and financing of the electric grid.

The event was co-sponsored by the Secure the Grid Coalition and the EMP Task Force on Homeland and National Security and moderated by Frank J. Gaffney, executive chairman of the Center for Security Policy, which sponsors the Coalition.  These experts happened to be present during the second summit of the U.S. Air Force’s Electromagnetic Defense Task Force (EDTF) and were thus joined by Lt. Gen. Steven Kwast, USAF, the host of a four-day meeting at Maxwell Air Force Base which drew them and several hundred other leaders to address EMP and other electronic spectrum threats—and President Donald Trump’s executive order directing the military and relevant civilian agencies to mitigate them. The press conference speakers critiqued the EPRI study based on that organization’s previous track-record of special-interest advocacy, rather than objective research, and on a sneak-preview of the document.

Videos of the Press Conference and the following Q&A session are provided below.  However, perhaps the most important critique of the EPRI report has come from the US Air Force’s Electromagnetic Defense Task Force itself.   On 27 August 2019, the EDTF published its technical review in the US Air Force’s “Over the Horizons” online publication.  According to its website, “Over the Horizon (OTH) is a digital journal that brings together disparate perspectives to advance the conversation on the emerging security environment. It was founded as an open and collaborative platform to share and debate the ideas that will shape the future of international security.”  It is fitting that such an important critique would be included in the OTH journal since it should absolutely inform one of the most important debates that will shape the future of America’s security – the debate surrounding the gravity of the threat posed by EMP.

We encourage you to read the EPRI Report as well as the EDTF critique of the EPRI Report, and decide for yourself whose science is best serving the Public Interest. The USAF EDTF Review can be found here:

As Tommy mentioned in the video above, if you feel inclined to help, please email EPRI at ASKEPRI@EPRI.COM and ask them to review the EDTF findings and to consider re-assessing this grave threat to our national security.  Ask them to serve the Public Interest and not the Special Interest of those in the utility industry who’d rather not deal with the reality of the threat posed by EMP.