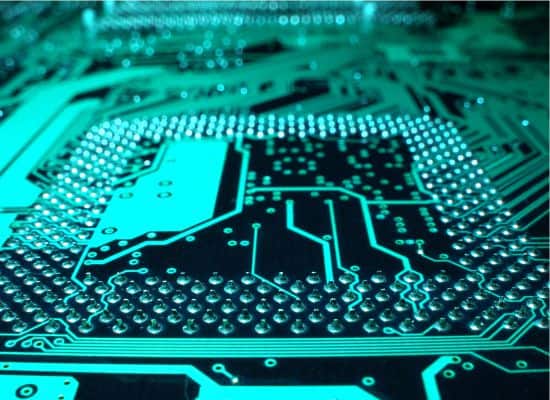 EMP is a phenomenon discovered by the United States and the Soviet Union when each began testing nuclear weapons and their effects on military equipment and civilian infrastructure. Source Region EMP (SREMP) was observed since our first ground burst nuclear test.  Electronic infrastructure inside the “source region” (typically within 2-5km of the blast) was harmed by the initial radiation output (gamma, x-rays, neutrons) producing electron currents and air conductivity – the sources for the SREMP.  Surface burst nuclear tests in the 1950s and 1960s demonstrated that SREMP can disrupt and upset electronic systems over 100 miles away and in deeply buried structures and can even propagate currents into and through power lines or telecommunication lines into areas well outside of the source region.  This means that the EMP generated by even a surface burst nuclear weapon could cause widespread, long-term regional loss of power and communications.

Both the United States and the Soviet Union understood that a high-altitude nuclear detonation could produce similar electromagnetic effects as the surface bursts.  In the 1960s both nations conducted High Altitude EMP (HEMP) tests and found that the resulting infrastructure damage was far worse than originally predicted.  These tests revealed that the EMP generated by a nuclear weapon detonated at a height of 30km or higher produces a super-energetic radio wave – the EMP – that has three components, designated by the U.S. scientific-technical community as E1, E2, and E3.

E1 is caused by gamma rays, emitted by the nuclear warhead, that knock electrons off of molecules in the upper atmosphere causing the electrons to rotate rapidly around the lines of the Earth’s magnetic field, a phenomenon termed the Compton Effect. The E1 component of nuclear EMP is a shockwave, transmitting thousands of volts of energy in mere nanoseconds of time, and having a high-frequency (short) wavelength that can couple directly into small conductors, like personal computers, automobiles, and transformers. E1 is unique to nuclear weapons and is too fast and too energetic to be arrested by protective devices used for lightening.

The E2 component of a nuclear EMP is comparable to lightening in its energetic content and medium (milliseconds) frequency and wavelength. Protective devices used for lightening are effective against E2.

E3 is caused by the fireball of a nuclear explosion, the expanding and then collapsing fireball causes the Earth’s magnetic field to oscillate, generating electric currents in the very large conductors that can couple into the low frequency, long (seconds) wavelength part of the EMP that is E3. The E3 waveform can couple directly only into conductors having at least one dimension of great length. Electric power and telecommunications lines that run for kilometers in many directions are ideally suited for receiving E3. Although E3 compared to E1 appears to deliver little energy, just volts per meter, this is multiplied manifold by power and telecommunications lines that are typically many kilometers long, building up E3 currents that can melt Extremely High Voltage (EHV) transformers, typically designed to handle 750,000 volts. Small electronics can also be destroyed by E3 if they are connected in any way to an E3 receiver–like a personal computer plugged into an electric outlet, which of course is connected to power lines that are ideal E3 receivers.

The EMP Commission assesses that Russia, China, and North Korea have such “Super-EMP” weapons.

Given the current state of U.S. unpreparedness for an EMP event, it is estimated that within 12 months of an EMP event, two-thirds to 90 percent of the U.S. population would likely perish from starvation, disease, and societal breakdown.

Nature generates EMP-like effects that can cause similar catastrophic consequences as nuclear EMPs by means of super solar storms which cause large geomagnetic disturbances on Earth.  These natural events occur on average every 150 years; the last recorded Carrington-class solar storm was 155 years ago.  The 1859 Carrington event is the largest super solar storm on record.

A single nuclear weapon detonated at high-altitude will generate an electromagnetic pulse that can cause catastrophic damage across the entire contiguous United States, as well as parts of Canada and Mexico.

While much more limited in range than a nuclear weapon, non-nuclear weapons, often referred to as radio frequency weapons, can also generate EMPs that can damage electronics, and could cause the collapse of critical infrastructures locally, perhaps with cascading effects over an area as large as a major city.

The nuclear EMP threat is not merely theoretical – it is real, a clear and present danger.  Nuclear EMP attack is the perfect asymmetric weapon for state actors who wish to level the battlefield by neutralizing the great technological advantage enjoyed by U.S. military forces.  EMP is also the only means whereby rogue states or terrorists could use a single nuclear weapon to destroy the United States and prevail with a single blow.

Rouge states and terrorists could use any missile, including short-range missiles that can deliver a nuclear warhead, to exact a catastrophic EMP attack on the United States.  Indeed, Iran has practiced ship-launched EMP attacks using Scud missiles – which are in the possession of scores of nations and even terrorist groups.

Protecting the homeland means more than protecting our borders.

The Congressional EMP Commission, since disbanded, spent eight years developing a plan to protect all infrastructures from EMP – a plan that would also mitigate threats from cyber-attack, sabotage, and natural disasters that could be implemented in 3-5 years at a cost of $10-20 billion.

The Congressional EMP Commission estimated in 2008 it would cost $2 billion to harden the grid’s critical nodes (i.e., roughly 2,000 large and medium-sized transformers and their associated SCADA systems, etc.).  Modest when compared with the unimaginably high costs associated with trying to remediate after an EMP event.  Yet, it has been an excuse for inaction.

The above TV documentary from National Geographic is based on Dr. Peter Pry’s book entitled Electric Armageddon: Civil-Military Preparedness for an Electromagnetic Pulse Catastrophe (2013).  Dr. Pry serves as one of our experts at the Secure the Grid Coalition.