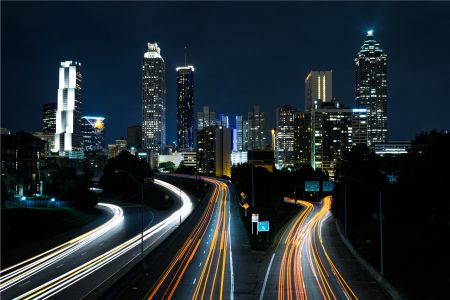 The following are vendors and resources for solutions to mitigate various threats to electronics and electrical systems.  The Secure the Grid Coalition does not receive any funding via either monies, goods, or services from these vendors nor does the Secure the Grid Coalition endorse any specific vendor.  Additional vendors and resources can be found via the internet.

IAN is co-owned by Chuck Manto, leader of InfraGard EMP SIG.  IAN and other partners have been contracted by DoD’s Defense Threat Reduction Agency (DTRA) to create EMP hardened micro-grids.

Pretact® bullet-resistant transformers – The unit consists of bullet resistant panels that are supported by steel brackets attached directly to the transformer or reactor tank wall.

Emprimus is a research and development company partnered with ABB, a global leader in power and automation technologies, working with major utilities to design, test, patent and produce the most effective products to protect against Solar Storm/Geomagnetic Induced Currents (GIC), Electromagnetic Pulse (EMP) including Nuclear EMP (E3 Pulse), and Intentional Electromagnetic Interference (IEMI) caused by Radio Frequency Weapons. Emprimus currently holds over 16 awarded U.S. Patents and more than 50 in other nations around the world.

EMP.Alert™ – Threat Detection System
iEmprimus’ EMP.Alert™ is a patented real-time alert system that informs electrical grid operators and stake holders within milliseconds of an EMP event and can trigger SolidGround™ into protection mode before E3 arrives.

Jaxon is a distinquished leader in Electromagnetic Pulse (EMP) hardening and survivability. Jaxon is a woman owned, small business dedicated to achieving survivability goals for the United States and our Allies. Jaxon designs, builds, tests and maintains EMP hardened structures for government and commercial clients around the world. Jaxon believes that we can best serve our country with people of integrity, who are fully dedicated to the pursuit of excellence.

COMPANY OF THE YEAR
In Jaxon’s very first year of existence in 2009 we were nominated as one of three Finalists for “The Outstanding Company of the Year” by the Colorado Springs Excellence in Industry awards council for Security and Defense Technology. At the time we were the only start-up company nominated for that honor.

PENTAGON’S NOMINATION FOR PROJECT OF THE YEAR
In our 3rd year, Jaxon key personnel (as well as representatives from our Program Office and our Prime) were nominated by the Pentagon’s DoD CIO National Leadership Command Capabilities Executive Management Board/Nuclear Command and Control and Communications Issues Working Group as finalists for the “Outstanding Performers to the Nuclear Command and Control (NC2)/Nuclear Command, Control, and Communications (NC3) Community” 2012 Annual Award.

E3TEK Mitigation Technology is designed with advanced patent-pending technologies immune to EMP – providing the ultimate ability to maintain control of critical infrastructure when primary and emergency backup systems are powerless and failure is not an option.

E3TEK’s professional staff holds a variety of backgrounds in performing a wide array of R&D activities ranging from advanced Cyber Prevention and Protection Analytics to drone science. E3Tek has extensive lab experience from incubation of ideas to Technical Readiness Level 5.

E3TEK has collaborated with Universities and worked in the semi-conductor development, border protection analysis, dual-fuel technology for vehicles, to scientific experiment designs for NASA Mars landings. E3TEK has embarked in new control technologies to support Bio-Mass and utilization of less water and landfill advances.

ETS – LINDGREN is an innovator of systems and components for the detection, measurement and management of electromagnetic, magnetic, and acoustic energy. With more than 30 years of experience in design engineering, project management and building implementation worldwide, ETS-Lindgren is the preeminent provider of integrated EMP solutions. The company has 800 employees worldwide, offers on-site design, engineering and project management expertise with more than 30 years of experience and has more than 200,000 filters manufactured to date.

Don’t wait on Washington to fix this!

Immediately educate key leaders and stakeholders in your region.

What should be done?

Ensure CURRENT grid infrastructure is hardened against ALL HAZARDS.

Plan for prolonged blackouts in coordination with EMAs and National Guard.

Ensure FUTURE infrastructure investments are hardened against ALL HAZARDS.