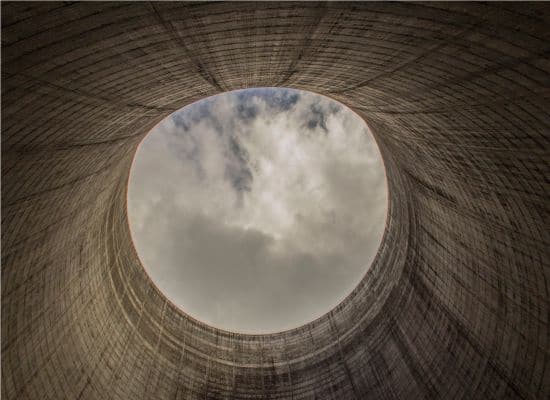 Electricity is generated in power plants from a variety of resources, including natural gas, coal, hydro, solar, wind, nuclear, etc.  Once created, electricity is “stepped up” by high voltage transformers and transmitted across vast distances to its destination.  The high voltage electricy is then “stepped down” at neighborhood substations and distributed to homes and businesses through smaller low voltage power lines.

The utilities industry has done an excellent job of ensuring our electric reliability.  Reliability is the state of electricity being there when a light switch is flipped on or a phone charger is plugged in.  Resilience is another matter all together.  Resilience is the ability of the grid to “bounce back” from both small and large scale incidents.  Please see The Two R’s tab for futher information.  It is important for the American people to understand the difference between the measurements of reliability and resilience and to understand what they mean for their families’ safety. 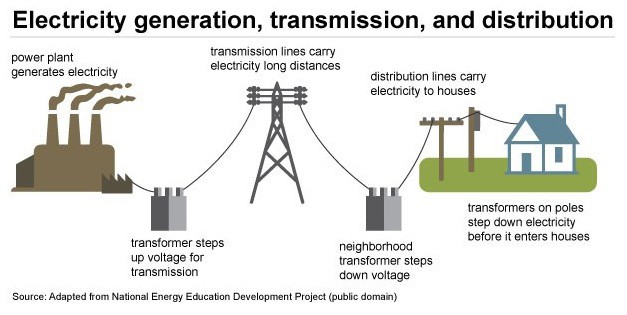 Generation power plants used to be in closer proximity to their distribution locations but the current model allows customers to purchase electricity from distant regions of our Nation.  The ability to transmit electricity across vast distances is due to the increasing interconnectedness and efficiency of our telecommunication and grid systems.

With interconnectedness and efficiency come increased vulnerabilities.  The load (demand for electricity) and capacity (supply of electricity) must be kept in near perfect balance for the electrical grid to function.  Damage to vital and irreplaceable (in the short term) equipment can result when an imbalance between load and capacity occurs.  If a substation goes off line, the electricity flows to the next substation which can cause an imbalance (i.e. an overage) in that substation, as so on and so forth across vast distances.  This is referred to as a cascading power failure when substations fail.  Our history is full of examples of relatively small regional, cascading failures.  The American people have not yet experienced a large scale grid failure.

America’s electric grid, data centers, telecommunications networks, and other critical infrastructure can be damaged or destroyed in several different ways:

A nuclear EMP is a very real threat, given what we know about the Iranian and North Korean nuclear weapons and ballistic missile programs.  Both countries have demonstrated advanced capabilities to create a functioning nuclear warhead as well as to build and test the ballistic missiles that might be used as delivery vehicles for such weapons.

Devices capable of subjecting transformers and other critical infrastructure to localized, but destructive, levels of EMP can be built from readily available equipment from local electronics stores and instructions from the internet.  While the damage would not be nearly as devastating or widespread as that of a nuclear EMP, the ease of acquiring and assembling parts means that terrorists have a relatively easy way to cause significant damage to local communities.

The April 2013 attack on an electrical substation near San Jose, California demonstrates both the vulnerability of our physical grid infrastructure as well as the fact that terrorists also have been thinking about multiple ways to attack us.  Assailants who were never apprehended attacked the Pacific Gas and Electric Metcalf substation with automatic rifle fire on the night of 16 April 2013.  Firing more than 100 shots altogether, they knocked out 17 transformers and, even though electric officials were able to avert a blackout, the damage took 27 days to repair.  Jon Wellinghoff, chairman of the Federal Energy Regulatory Commission (FERC) at the time, called the attack “the most significant incident of domestic terrorism involving the U.S. power grid that has ever occurred.”

To see a video regarding this and other incidences of physical attack on the grid,

To read a report by the NJ Regional Operations Intelligence Center (NJ ROIC) regarding physical attacks on the grid across the Nation,

The U.S. Department of Homeland Security (DHS) reports that cyber attacks on the electric grid system are increasing in both frequency and sophistication.  Such attacks come from a variety of different sources, including nation states and sub-national terrorist organizations.  Concern over their ability to hack into U.S. power grid software and possibly disrupt the electrical supply system is growing because such an attack could be one of the quickest ways to destroy the U.S. economy.

Even if no enemy attacks our electric grid, we know that the sun will. That is because the sun regularly is shooting off geo-magnetic storms in every direction.  It is only a matter of time before one of those storms hits Earth and creates a similar EMP-type of effect as that of a nuclear bomb.

In fact, we know that in 1859, a massive solar storm that came to be known as the “Carrington Event” (after the astronomer who documented and explained what happened) struck the earth and generated fires in telegraph offices as well as extraordinary northern lights displays.

Because everything in modern life now requires electric power, the 1859 event was not nearly as catastrophic as a severe geomagnetic storm would be today.  Were such a solar storm to strike Earth today, the damage would be in the trillions of dollars, but worse yet, societies all over the world would be devastated.  Human life as we know it could be nearly wiped out.

The U.S. government is well aware of these threats to our electric grid and the threats that EMP, cyber and physical attacks, and the sun can pose to it.  In fact, eleven different studies either conducted or sponsored by the federal government over the past decade have concluded the same thing:  unless steps are taken – and soon – to secure our electric grid, we risk catastrophic consequences which include horrific loss of life, widespread destruction of property, and complete societal breakdown.

To view a full PDF copy of Guilty Knowledge: What the US Government Knows about the Vulnerability of the Electric Grid, But Refuses to Fix,