Don't let the lights go out in America... Get smart and take action!... Learn the facts and what to do in A Call to Action for America.
Skip to content
June 29, 2022 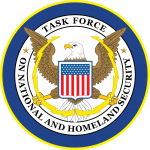 InfraGard is a partnership between the FBI and the private sector.  It is an association of persons who represent businesses, academic institutions, state and local law enforcement agencies, and other participants dedicated to sharing information and intelligence to prevent hostile acts against the U.S. The purpose of the InfraGard National EMP (electromagnetic pulse) SIG (Special Interest Group) is to address and mitigate the threat of a simultaneous nationwide collapse of infrastructure from any hazard such as manmade or natural EMP.  Any threat that could cause a similar collapse of infrastructure over most or all of the US is also of interest to the EMP SIG.
Show more
Show less

The Foundation for Resilient Societies is dedicated to cost-effective protection of technologically-advanced societies from infrequently occurring natural and man-made disasters.  Our current area of emphasis is protection of the U.S. electric grid and also protection of nuclear power plants during long-term loss of outside commercial grid power.  Our primary mission is scientific research and education.

The best way to deter and defend against an asymmetric or conventional HEMP attack is with a robust missile defense program.  Ambassador Hank Cooper provides extensive educational resources on EMP threat tracking.

Show more
Show less
EMPact America is a bipartisan, non-profit (with IRS 501(c)4 status) organization for citizens concerned about protecting the American people from a nuclear or natural electromagnetic pulse (EMP) catastrophe.  Two Congressional Commissions, the EMP Commission and the Strategic Posture Commission, have warned that terrorists, rogue states, China and Russia could, using a single crude nuclear weapon delivered by a primitive missile, inflict an EMP attack that would cause the collapse of critical civilian infrastructures–such as infrastructures for electric power, telecommunications, transportation, banking and finance, food and water–across the entire continental United States, that are vital alike for the sustenance of our modern society and the survival of its citizens.
Show more
Show less

The Louisiana Grid Coalition is, first and foremost, a group of concerned citizens. Members include policy, energy, and national security experts, legislators, and industry insiders who are dedicated to strengthening the resiliency of Louisiana’s electrical grid. The Coalition aims to raise awareness about the threats of grid vulnerabilities and encourage efforts to ensure the safe, secure, and continuous delivery of electricity for all Louisianians.
Show more
Show less