The Electromagnetic Defense Task Force (EDTF) – which consists of the foremost military and civilian experts on electromagnetic pulse (EMP), geomagnetic disturbance (GMD) and other threats to the electric grid – just issued a report entitled “Electromagnetic Pulse Threats to America’s Electric Grid: Counterpoints to Electric Power Research Institute Positions.” This report exposes the EPRI EMP Report for the dangerous fraud that it is.

Because of its incomplete system assessment, use of non-bounding HEMP environments and scenarios, system-wide effects conclusions-based assessment of the transmission grid only, lack of details on the actual testing performed on DPRs, lack of test data on large transformers, and the omission of communication and data transfer systems from their assessment, EDTF recommends that the EPRI report not be used as the basis for transmission grid HEMP protection planning.

As I previously reported, the EPRI report was not a scientific study – it was a lobbying paper which was bought and paid for by the electric utility industry to forward the industry’s agenda (understate threats so we don’t have to harden against them). EPRI’s fraudulent EMP Report has been lauded by the industry, including lobbyists such as Edison Electric Institute, whose members include the government of the People’s Republic of China.

EPRI used a wide range of optimistic assumptions that downplay the threat of high-altitude EMP from the detonation of nuclear weapons over the United States. Despite having access to defense-conservative Department of Defense threat scenarios, EPRI used alternative Department of Energy scenarios that assume adversaries would detonate nuclear weapons at non-optimal altitudes, when the optimal altitudes are available in the open literature.

EPRI’s optimistic assumptions and scenarios obtained from non-DOD sources allowed them to reach conclusions that do not accurately portray risks to the US electric grid.

Can we stop admiring the EMP problem now? 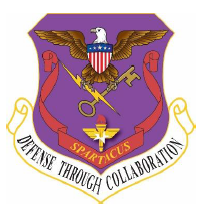 EPRI’s fraudulent EMP report was always meant to be a delay tactic. Instead of acting on decades of credible science and recommendations of the Congressional EMP Commission, the industry, through it’s alleged “research institute” EPRI, is continuing to, as Senator Ron Johnson describes, “admire the problem.” In other words, do nothing but more studies.

The entire electric utility industry waited for EPRI’s three-year study, and now, relief of relief, EPRI reports that there is no great danger from EMP. So, the industry that paid for the EPRI report, now thinks it can take a minimalistic approach to EMP protection. And EPRI has successfully contributed to the delaying action to protect the grid. Moreover, the industry is holding up the EPRI report as if it is legitimate and will attempt to use it to minimalize EMP protections.

We cannot allow this to happen.

We need the Federal Energy Regulatory Commission (FERC) to direct the North American Electric Reliability Corporation (NERC) to develop EMP standards that utilize the EMP Commission’s more credible data and waveform. NERC should be specifically directed not to rely on this now discredited EPRI EMP Report. Specifically, as EDTF states:

EPRI, do you still want to help? Why don’t you re-run your tests and models using the EMP Commission’s recommended waveform and report on the results? (Or was this never about “sound science?”)