Hurricane Rita and Pinehurst Texas: The successful use of a Microgrid

On September 24, 2005, Hurricane Rita slammed into the Texas-Louisiana coastline. Rita knocked out power to over 1.5 million customers, caused over 100 deaths, and with a huge unexpected storm surge, inundated petrochemical plants and critical infrastructure. When Rita came ashore, I was working as a State Police Officer with the Texas Alcoholic Beverage Commission (TABC).

Although a regulatory agency, TABC Agents are still subject to call-out as primary responders during state emergencies. Within 12 hours of the eye passing over the area, my team and I were on the ground providing law enforcement protection and assigned to the area around the cities of West Orange and the Pinehurst.
Working a 12-hour (1800-0600) shift, we began patrolling the streets. Having to dodge downed powerline and trees blocking a majority of the roads made things extremely challenging. After sunset, a strange and eerie darkness set in as the there was still a heavy cloud cover making visibility extremely limited without ambient light.

While patrolling West Orange, we saw an amber-orange glow on the horizon. At first my partner and I thought it was a fire, but quickly realized there was no smoke or dancing flames. Turning to my partner, I told him that was municipal street lights, and somebody had electricity. 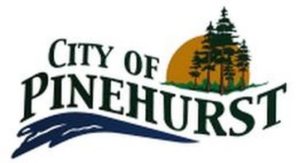 Driving through front yards and on sidewalks, we finally arrived at the combined city facilities (city hall, fire/police/EMS) for the City of Pinehurst Texas. As I drove up to the police department, I could hear several industrial generators running, providing power to the city’s critical infrastructure.

We met with the Pinehurst Police Chief Dan Robertson. He was grateful someone was there to relieve him and his officers for some much-needed rest. (Due to the lack of cellular communications and radio towers being down, no one outside of Pinehurst even knew the status of the city.)

I asked Chief Robertson how they managed to have power as refueling logistics were greatly compromised and the city had already been operating on 2 ½ days of standby power. The Chief was proud to show me the layout of microgrid he had designed as the city’s Emergency Manager.

The city has its own natural gas station in which the main line to the community could be cut off in the event of a major gas leak (as was the case in this situation). To provide auxiliary power, a diesel generator with an abundant fuel supply tank was utilized to run the gas plant. A secondary line had been installed and fed to the city’s essential services (police/fire/EMS and the water and wastewater plants) which were powered by natural gas generators.

Although their water supply was not officially deemed safe to drink by state regulatory authorities, the local plant manager said there were currently treating freshwater and processing the wastewater.

During my two-week stay in Pinehurst Texas, my team was allowed to stay at the Pinehurst municipal building where we had A/C, running water (hot showers) and fully functional utilities. In neighboring Orange, TX where the Texas Department of Public Safety had setup their command post at the city’s police department, 1200 plus officers rotated 12 hours shifts sleeping in cramped quarters with backed up sewage and no running water.

Looking back at the event, Pinehurst Texas had successfully created and utilized its own rudimentary microgrid, allowing them to be self-sustaining for a few weeks. Although it worked, there are a few issues I identified that could be improved on, especially with modern technology:

In summary, the City of Pinehurst Texas was able to demonstrate the successful use of a micro-grid to enable critical infrastructure and services to continue running through a prolonged power outage utilizing the resources available to them. Future resiliency planning should take into account a population that has not been evacuated and may be attracted to light pollution in a desperate attempt to gain resources that may not be available. Generators dependent on diesel, gas, or propane fuels should take into consideration the ability to be refueled if logistics do not allow deliveries or production plants or distributors are off-line for extended periods. Having a variety of auxiliary power options should be drawn into continuity and emergency management plans to ensure there is not a 100% dependence on just one source or backup power. 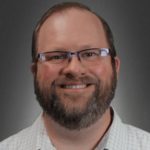 Matthew West is a Risk Manager with the Texas State Office of Risk Management and is a Reserve Deputy Sheriff with the Medina County Sheriff’s Office. He has over 19 years of law enforcement experience and worked as a State Police Officer and a Special Agent with the Union Pacific Railroad Police. He has worked as a first responder in several large-scale disasters such as hurricanes, tornadoes and flooding events. You can connect with him on LinkedIn.