Don't let the lights go out in America... Get smart and take action!... Learn the facts and what to do in A Call to Action for America.
Skip to content
February 4, 2023

Save the EMP Commission!

When the Nation goes to war, they send in the Marines first.  This time, it’s the Marines (and the rest of the DOD and the Nation as a whole) who need their Commander in Chief to fire the “first round” in what is the most urgent battle of our generation – the fight to Secure The Grid.  The Nation has been informed of the necessity of this effort for 17 years, but the Federal Government has not yet acted to get “underway.”  Roughly 17 months from August 2017, the President will deliver his State of the Union Address, marking the halfway-point of his presidency.  Prior to that important historical moment, America needs this President to do in 17 months, what has not been done in 17 years…we need him to SECURE THE GRID.

When Marines go into battle, they rely on a simple “5 paragraph order” to dictate the proper information necessary to spell success in combat.  The time is overdue for the American people to fight for the protection of its most critical, life sustaining, asset – the U.S. Electric Grid.

This “5 Paragraph Order” will equip Americans with some of the tools they need to get into this fight.  These paragraphs include:

First, though, we must be “oriented” to the battlespace. 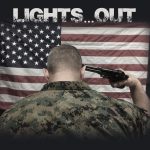 At a time when nuclear-capable North Korea threatens the United States daily with the prospect of a high altitude nuclear electromagnetic pulse (EMP) attack (which they have been rehearsing for much of the past decade), as the sun continues to produce technology-killing geomagnetic solar storms, and as both state-sponsored and non-state hackers continue to penetrate our grid with malicious and potentially devastating cyberattacks, the House Armed Services Committee and Department of Defense have, as of 31 July 2017, dismantled the only honest arbiter working to get the dysfunctional federal government to address these growing threats – The EMP Commission.

For further information on the history of the Congressional EMP commission,

The Federal Government fails to “provide for the common defense” against “a threat unlike any other America has ever faced.”  The following short video is well worth watching.

World famous broadcast journalist and news anchor Ted Koppel authored the book Lights Out about the prospect of a cyberattack on the Nation’s electric grid.  In his words:

“The more I looked into it, the more I came to the conclusion that the federal and state governments have done little or nothing to prepare for anything other than the natural disasters we experience every year and that a cyberattack would potentially be far, far worse.”

More recently, Ambassador Hank Cooper stated: “Congressional treatment of this EMP Commission issue is, so far, ‘no way to provide for the common defense…’ as all Federal Government authorities are sworn to do.  The HASC-House NDAA (2018) proposal to disestablish the current EMP Commission should not be allowed to continue, and there is little time to assure a better outcome.”

The disestablishment of the EMP Commission would at best assure delays in countering threats to the grid — and at worst could create major misdirection as currently uninformed technologists relearn lessons that were understood a half century ago, with likely unneeded delays and unwarranted expense.

Many of the Commissioners are very senior and their knowledge and experience acquired over the past 50-years will be lost if there is not a process established for handing off what they have learned to the next generation.  New technically qualified Commissioners will be needed to take the handoff from the existing Commissioners.   Rather than starting over completely (as is directed by NDAA 2018), it would be much more prudent to have the current Commissioners continue and screen replacements for those Commissioners who want to retire, with the appropriate thanks from a grateful Nation.

The Senate:  The Senate Armed Services Committee (SASC) could correct this course in its consideration of the issue in its floor debate on its version of the NDAA (2018) and/or in the subsequent House-Senate Conference that must agree on the final NDAA (2018) to be sent to President Trump.  (The specific amendment suggested to make this course correction is provided in the “Execution” paragraph below.)

The President:  If the NDAA (2018) is not fixed, the President has the option of vetoing it.  An even better solution would be for him to appoint some appropriate entity in the White House, give it unfettered access to him, give it the needed authority, and hold it accountable for assuring the American people are protected from this existential threat, as quickly as possible.

Effective immediately, the American people must demand that the Senate and the President they elected take timely and appropriate measures to save the current EMP Commission and give it (or another entity that includes their personnel) appropriate authorities to address threats to the electric grid in order to ensure that the Nation does not suffer a pro-longed blackout and unprecedented loss of life and property.

The American people can take action by executing the following:

1. Sharing this article with their network of friends, family, religious leadership, and elected leadership.

2. Sharing A Call to Action for America with anyone in the above list who are not yet educated about the gravity of the threats to the U.S. Electric Grid. 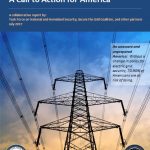 3. Contacting elected officials, particularly their Senators and members of the Senate Armed Services Committee to ask them to amend the NDAA (2018) with this specific language:

4. Writing the President and Energy Secretary to suggest that the Executive Branch make the EMP Commission a “Presidential Commission on Critical Infrastructure Protection” answerable to the White House and thereby protect the EMP Commission from the obstructive political forces and self-interests that prevail in Congress and elsewhere in government.

The Secure the Grid Coalition and the Task Force for National and Homeland Security have created resources to make this process much faster and easier.

1. Pre-addressed / pre-written letters to the President, the White House Chief of Staff, and the Secretary of Energy – just enter your information, print, sign, fax, and mail.

3. Choice of two styles of pre-addressed mailing labels for the Washington officials above:

Command/Signal (for faxing, Twittering, and calling):

In the current Chain of Command, there is a Marine Who Can Make a Difference.

General James Mattis is a legendary Marine.  He is absolutely loved and respected by the many warfighters who have served America in combat over the past two decades.  Yet, somehow, the Department of Defense he leads is “living in a dream world” when it comes to threats to the U.S. Electric Grid.  General Mattis could make a difference by rooting out Obama Administration holdovers in the DOD who have actively slow-rolled the Congressional EMP Commission and led to its demise.  The letter included above asks General Mattis, Secretary of Defense, to make such an inquest.

3. Please also call the members of the Senate Armed Services Committee to:

a) let them know to expect your letters and Twitter posts, and

b) ask them to direct General Mattis to investigate why his Defense Department is not taking the threat of EMP seriously.

America, we must remember that when the Nation goes to war, our citizens pray for those in the fight.  We ask everyone to pray that the Commander in Chief, his Secretary of Defense, his Secretary of Energy, and the American Congress do what is necessary to make the much-needed course correction in our government’s approach to addressing threats to the U.S. Electric Grid.  Let us all pray for the members of the EMP Commission, that they can somehow continue their work unofficially and without pay, that they weather the current storm, and that they begin finding young passionate and talented experts to fill the ranks as each member retires or moves on.

Finally, let us all pray that 17 months from now, when the President delivers his State of the Union address, that the Union is moving urgently and deliberately toward protecting its most critical infrastructure – the Electric Grid – and that the Nation’s best experts – the current EMP Commission (and those new Commissioners they hire) – are in a position to shepherd this effort.