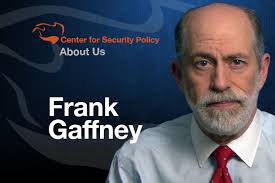 Frank Gaffney (The Washington Times):  The president who promised us that his health care legislation would allow us to keep our insurance plans and doctors now insists that his agreement with Iran will not allow it to keep a nuclear-weapons program.  What the two pledges have in common is that they are both lies.  No matter how many times such statements are repeated and seconded by President Obama’s partisans and the press, they amount to fraud — serial, intentional and potentially fatal fraud.

Here’s the difference:  Thousands of Americans may die as a result of Team Obama’s domestic policy misrepresentations concerning Obamacare, which former federal prosecutor Andrew C. McCarthy has correctly described as “criminal fraud.”  However, many times that number are at risk as a result of the Obamabomb deal with Iran that amounts to national security fraud.

For starters, there is no reason to disbelieve the Iranian mullahs when they whip crowds into a frenzy with the phrase “Death to America.”  To the contrary, there is plenty of evidence that they are intent on achieving their stated goal of “a world without America.”

Among the most alarming such evidence can be found in the series of steps the Iranian regime has taken to operationalize its capability to deliver without warning a devastating, strategic electromagnetic-pulse attack upon this country.  Tests involving the launching of missiles off barges in the Caspian Sea confer an ability to fire them from vessels off America’s coasts.  Other experiments included the simulated delivery of a warhead to the missile’s apogee — precisely the scenario a congressional commission warned could be used to unleash an electromagnetic pulse from high above the United States, inflicting catastrophic damage on the highly vulnerable electric grid and society below.

We are told that all that is missing is a nuclear warhead to place atop such missiles.  Far from pushing that ominous day into the future, let alone foreclosing it altogether, Mr. Obama’s deal with Iran can only make its arrival more certain, and probably more near-term.

For one thing, Iran has not been compelled to reveal the full extent of its nuclear infrastructure.  Tehran secured this agreement by stealth, getting Washington to negotiate for months behind the backs of its allies and present them with more or less a fait accompli worked out in secret bilateral talks brokered by the emir of Oman.  The easiest way for the Iranians to deny us any actual benefit from the resulting deal would be by continuing to acquire nuclear weapons via the network of still-undeclared facilities, centrifuges, testing grounds and other infrastructure the regime is widely thought to have established.

For another, the sanctions that are being eased will give Iran greater wherewithal to achieve the mullahs’ nuclear ambitions.  They are unlikely to be reimposed, no matter how badly the “interim” deal goes:  Iran’s veto-wielding patrons, Russia and China — which had previously done everything possible to stave off serious, multilateral sanctions — are unlikely to go along with reimposing them.

In short, the Obamabomb deal with Iran exemplifies this president’s doctrine:  Embolden our enemies. Undermine our friends. Diminish our country.

Far from eliminating, or even appreciably interfering with, the mullahs’ decades-long pursuit of nuclear weapons, the agreement leaves in place every facet of the Iranian program painstakingly put into place for that purpose.  As a result, the Iranians have been confirmed in the belief that Mr. Obama will ultimately accede to their having nuclear weapons, emboldening them to declare victory and proceed accordingly, at least covertly.

The deal undermines our allies by abandoning those known to be in the mullahs’ cross hairs.  Topping the list is Israel.  That would be the country whose population the real power in Tehran, supreme leader Ayatollah Ali Khamenei, vilified again just last week.  He said Jews “cannot be called humans, they are like animals, some of them” and described their country as “the rabid dog of the region.”  That’s a reminder, if any were actually needed, of why Israel and her friends have rejected Mr. Obama’s deal and are unmoved by his dubious promises Sunday of greater consultations as he engages Iran in the future.

The Obamabomb fraud has gone beyond endangering Israel, however.  It has also terrified Saudi Arabia and other Sunni states within striking distance of Iran’s growing arsenal of ballistic missiles.  The repercussions — notably, the likelihood that the Saudis will buy their own nuclear arsenal from Pakistan — can only be aggravated by Team Obama’s reported warning to them and Israel not to do anything to enter Iranian airspace “without U.S. permission.”

Finally, the deal worked out by Secretary of State John Kerry and his cohorts has diminished America’s standing internationally.  It furthers Mr. Obama’s “fundamental transformation” of this country, intensifying the perception by friends and foes alike that United States is no longer the powerful, reliable or at least fearsome leader of the Free World.

It is an axiom of negotiations that if you want it bad, you get it bad.  Mr. Obama’s deal with Iran is a case in point.  Unfortunately, “getting it bad” in this case — like so much of the serial national security fraud being perpetrated pursuant to the Obama Doctrine — will translate into mortal peril for millions.

Originally posted at the Washington Times.

Frank J. Gaffney Jr. was an assistant secretary of defense under President Reagan.  He is president of the Center for Security Policy (SecureFreedom.org), a columnist for The Washington Times and host of the nationally syndicated program Secure Freedom Radio.

The EMP Threat Is Real and Growing

What Works in Arms Control?

Peace for Our Time

Gilleland: Is All This Fuss Over Iran Necessary?